The presentation of the books to the Curtin Malaysia Library, the largest among libraries at private institutions of higher learning in Malaysia in terms of online and print titles, was part of Bintulu Port Holding Bhd’s corporate social responsibility (CSR) initiative focused on education.

Written mainly in English, with a few sections in Bahasa Malaysia and Dato Medan’s ethnic dialect Kelabit, the book includes a poem titled ‘Two Paths’ that has attracted international attention in China and has been translated into classical Chinese and adopted as a corporate poem by a Chinese company. The poem is Dato Medan’s take of Robert Frost’s famous poem ‘The Road Less Taken’.

In his welcoming speech delivered on behalf of Pro Vice-Chancellor, President and Chief Executive Professor Simon Leunig, Associate Professor Ir. Pottas said Dato Medan had considerable insight and wisdom to share through his books, having had more than 30 years of experience in the oil and gas industry and now as Group CEO of Bintulu Port Holdings Bhd.

“As a writer, you have proven that by writing mainly in English, Sarawakians can have a global outlook, as well as appreciate the use of English as a language of knowledge and international communication. I am sure our students will take a keen interest in the book once it is in our library collection,” he said.

Noting Dato Medan’s interest in Sarawak’s cultural heritage, Associate Professor Ir. Pottas highlighted the Borneo Studies unit being taught at Curtin Malaysia, which will be expanded into a full-fledged academic programme in the near future. He invited Dato Medan to contribute his vast knowledge and expertise to the programme, as well as to courses in media studies, journalism and creative writing.

Meanwhile, Dato Medan commented about his writing in English, saying the language is still very relevant and will be so for a long time. He said people in Sarawak acknowledge English is an international language and the state has encouraged the use of English as a medium of instruction and language of communication, reflecting its long history of association with the language.

He added that his motivation in writing in Kelabit was his humble initiative to preserve and commit to written form the Kelabit dialect. According to him, many young Kelabits are unable to speak fluently, let alone write, in the language these days.

Dato Medan also pointed out that the majority of his poems has nature as the context and setting, which he said it is an obvious reckoning of the importance of the rainforests and nature in general, for which Borneo is well known for. 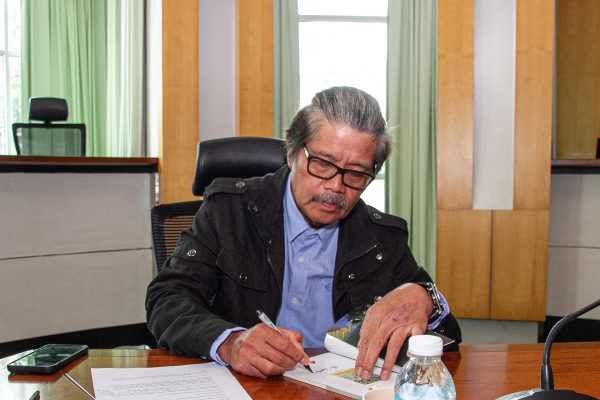 Dato Medan autographing a copy of the book 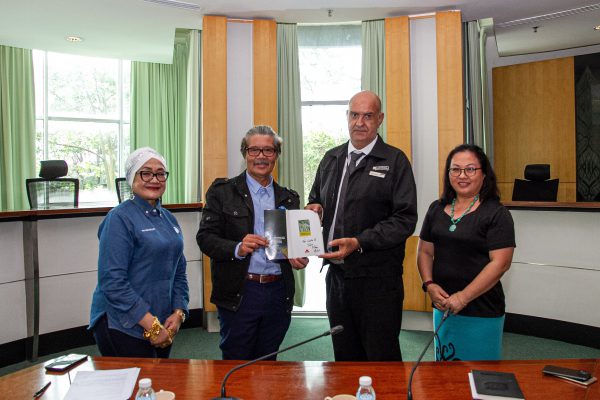 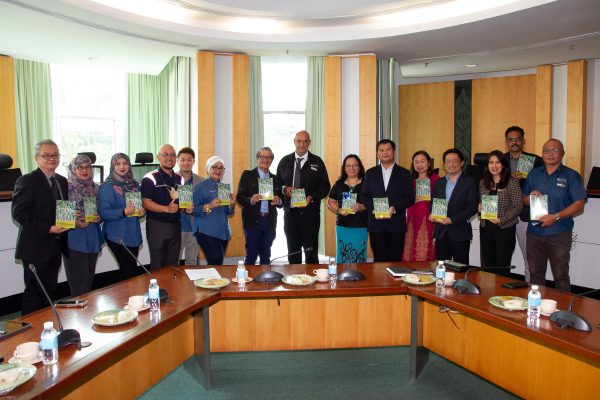 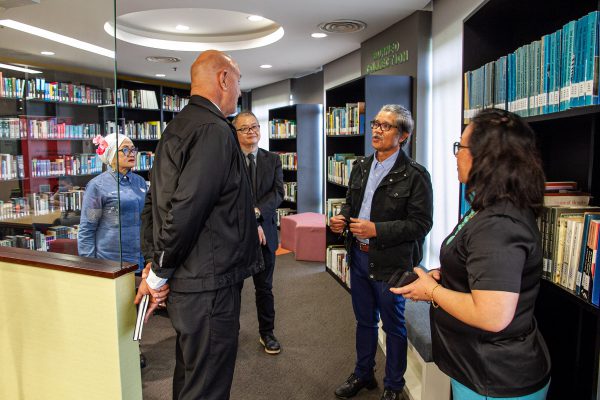