Established in 1991, KIAMS is part of one of India’s largest industrial conglomerates, the Kirloskar Group of Companies, and ranked among the top business schools in India with campuses in Harihar and Pune.

Curtin Malaysia, meanwhile, is Curtin University’s earliest and largest global campus and hub in ASEAN. It is majority owned by the Sarawak Government and operated in a joint venture with the university, which also has global campuses in Dubai, Singapore and Mauritius.

In his opening speech, Professor Leunig remarked that Curtin University is very proud to be a global university with campuses in Australia, Malaysia, Singapore, Dubai and Mauritius and its presence is very significant in the Indian Ocean Rim, which India is a very significant part of.

“We are always looking to develop significant relationships with like-minded institutions in that region. So, it makes a lot of sense to develop this relationship and sign this MOU which covers a number of areas that are in both of our interests and will greatly benefit our staff and students,” he said.

Dr. Bidyanand, meanwhile, said KIAMS has a legacy of 30 years as an academic institution running management development and postgraduate diploma programmes, training students for managerial positions and has been selected by the government of India as a centre for Industry 4.0 transformation.

He said the MOU was a prestigious one for KIAMS and a good opportunity to tie up with Curtin University and collaborate on joint research, the exchange of faculty members and students, and the organising of joint conferences. He highlighted KIAMS’ research strengths, added that close collaboration between researchers at KIAMS and Curtin Malaysia would definitely enhance the research capacities of both institutions.

When giving his closing remarks, Professor Zins thanked staff of Curtin Malaysia’s Faculty of Business and KIAMS for their efforts in establishing the relationship between the two institutions. He said both parties were now looking forward to actively building on that relationship and producing tangible results with some proposed joint already on the cards.

Overall, it is hoped that the signing of the MOU will be the start of a very productive collaboration and bring considerable benefits to both institutions in the long-term. 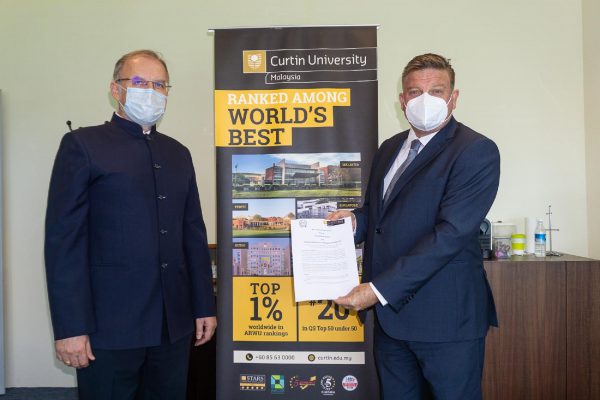 Professor Leunig holding copy of the MOU as Professor Zins looks on. 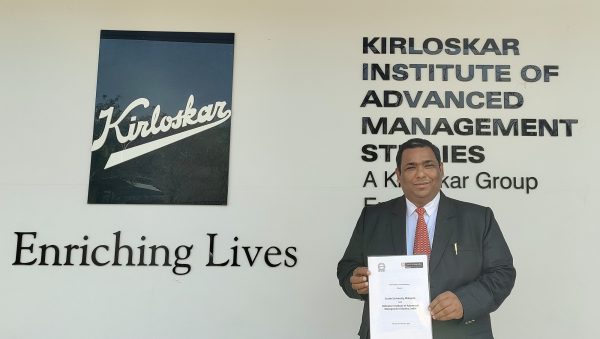 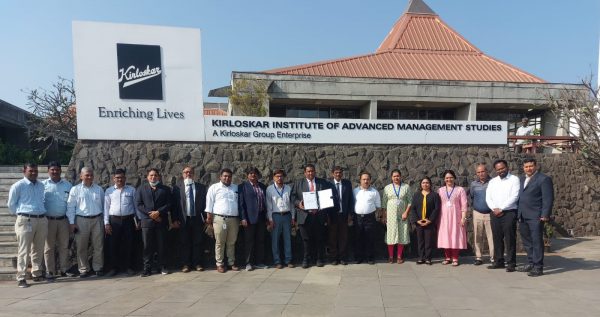 Dr Bidyanand, Dr Kishore and others at KIAMS with the MOU.