Held at the Sarawak Biovalley Pilot Plant at its campus and open to the public throughout the day, the exhibition was organised as part of the ‘Sarawak Digital Month’ satellite programme in conjunction with the International Digital Economy Conference Sarawak (IDECS) 2022 held in Kuching from 21 to 22 June.

The annual IDECS, which has been held since 2017, is one of the Sarawak Government’s initiatives to revolutionise Sarawak’s economy through digital transformation and spur socio-economic growth and advancement. The conference has grown to become a globally-known platform for Sarawak to showcase its interest and initiatives in growing its digital economy to top international technology players.

Officiating the opening of the Digital Futures Exhibition was Sarawak Minister for Transport Dato’ Sri Lee Kim Shin, who is also chair of Curtin Malaysia’s management committee. In his opening speech, Dato’ Sri Lee remarked that the Sarawak Government believes that building a Digital Sarawak is the only way forward.

He said that this has been Sarawak Premier Datuk Patinggi Abang Johari Tun Openg’s clarion call to Sarawakians since the start of his administration – to move Sarawak forward by embracing digital technology and developing strategies that can best help the state’s industries and people thrive.

In his speech delivered on behalf of Pro Vice-Chancellor, President and Chief Executive Prof. Simon Leunig, Prof. Lee remarked that it was an honour for Curtin Malaysia to be invited by the Sarawak Government to stage the exhibition in Miri. He said that as a state government-owned entity and a key contributor to Sarawak’s digital economy aspirations, Curtin Malaysia aims to be continually at the forefront of digital technology innovation in the state and the region.

Meanwhile, Prof. Agus said the exhibition proved to be an excellent opportunity for researchers, academics, entrepreneurs and industry practitioners in Miri to network, and hopefully more homegrown digital technology research and innovation will be spurred as a result to support Sarawak’s digital economy initiatives. He said the Digital Futures Exhibition will be made an annual event to support that aim.

Prof. Agus also thanked all the exhibitors, as well as Sarawak’s Chief Scientist and Chief Advisor’s Office, the Sarawak Multimedia Authority (SM), SDEC, and the managements of Curtin Malaysia and Curtin Biovalley Sdn. Bhd., for their support towards the exhibition. 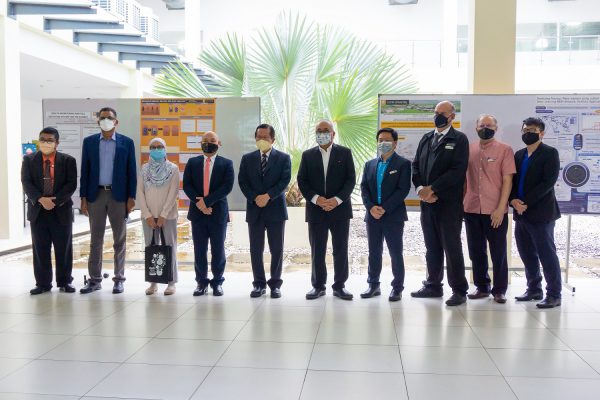 Dignitaries posing for a group photo during the opening. A postgraduate student researcher briefing dignitaries on his project. 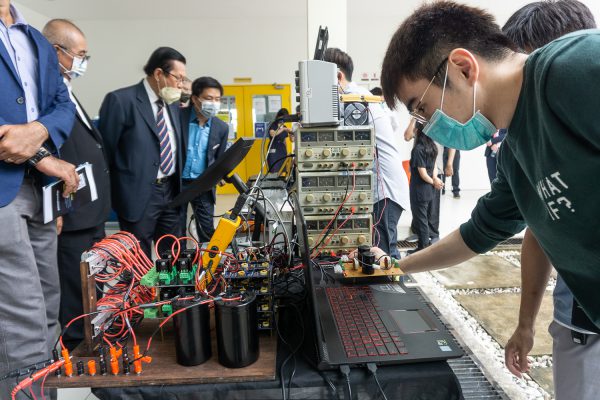 Some of the gadgetry on display during the exhibition.