Miri – 18 January 2023 – The Department of Media and Communication of the Faculty of Humanities and Health Sciences at Curtin University Malaysia (Curtin Malaysia) is organising its first film festival, namely the Kenyalang Film Festival (KFF), from 3 to 4 May 2023.

According to the Department’s Media and Communication Program Coordinator, Dr. Ngu Ik Ying, the Kenyalang Film Festival is aimed at inspiring and empowering budding young filmmakers and video content creators in Borneo and fostering creative collaborations between academia, the media industry and local communities.

It is a pilot project under the Department’s strategic plan to position Curtin Malaysia as a creative hub in Northern Sarawak and Borneo where collaborations could lead to award-winning creative projects, she added.

“Miri is in the centre of Borneo and thus is strategically located to attract and link creative minds and talents in Borneo. We hope that through the film festival, there will be a greater representation of Borneo and its diverse ethnicities on cinema screens and digital media, and that there will more interaction between the people of Borneo in developing an enduring and dynamic screen culture,” said Dr. Ngu.

“We hope to raise greater awareness about films and provide ample opportunities for creative talents in Borneo to express themselves and hone their skills. Together, we will discover new works, uncover emerging talent and let our curiosity be rewarded,” she remarked.

The film festival will comprise a category for secondary school and tertiary students, and an open category for aspiring filmmakers in the public. It is open to all residents of Malaysia, including international students and foreign residents, and participation is free of charge.

Dr. Ngu said that despite the festival being a face-to-face event, certain COVID-19 protocols will be observed during the event, including holding multiple screenings with smaller audiences of approximately 50 people each instead of a single screening with a large audience. She said having smaller screenings will also allow for more in-depth interaction between the participants. The screenings will take place in Cinema Lite, the Faculty of Humanities and Health Science’s mini theatre.

“It will not only be a fantastic platform to showcase your work but also offer you an opportunity to engage with and learn from experienced filmmakers, as well as potential industry employers and sponsors. It is an event run by young people for young people. As long as you are young at heart and passionate about films, you should join the Kenyalang Film Festival,” he said.

The Kenyalang Film Festival is being organised in collaboration with TV Sarawak by a group of Curtin Bachelor of Communications students who call themselves the Pineapple Media Team.

Film creators and enthusiasts can submit their short films and documentaries of any length and recorded using any device to the festival until 31 March 2023. Sarawak or Borneo content is preferable. 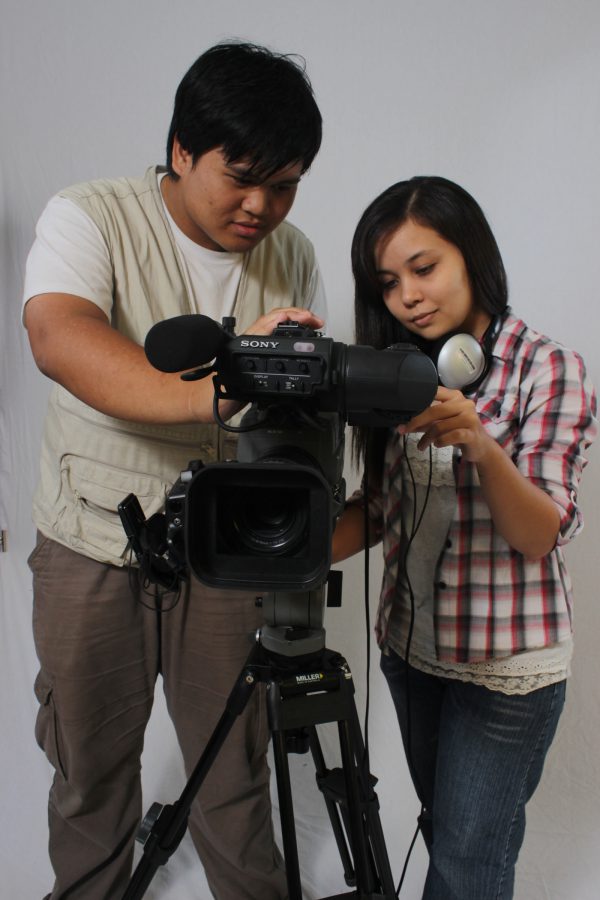 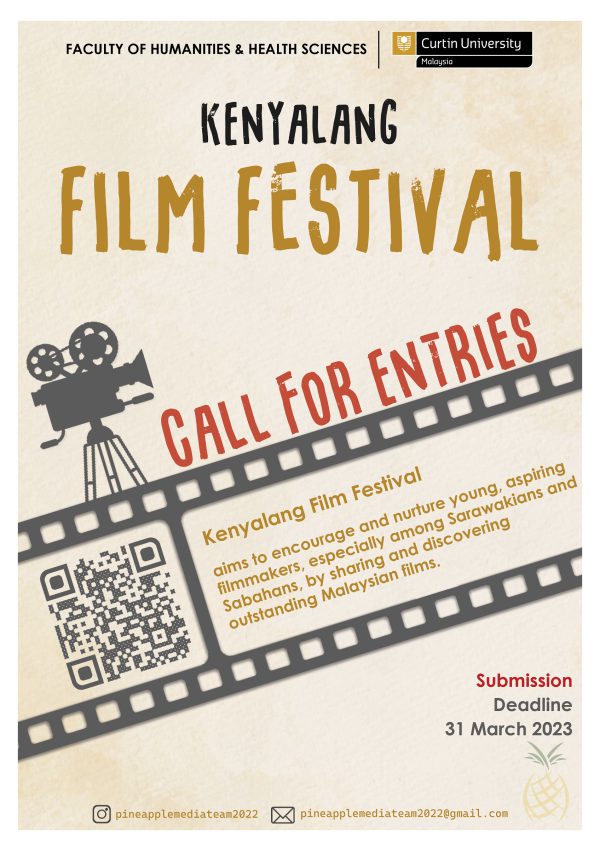