The partnership with CBV also facilitates the executing of contract research and training for industry and research agencies as part of the government’s strategy to develop Sarawak’s bio-economy.

The ceremony held in Kuching also saw the signing of a MoA with University of Cambridge, United Kingdom, which involves a collaboration with Cambridge Academy of Therapeutic Sciences (CATS) in areas of joint research and development projects, student and staff internship, and mobility exchange programme between Cambridge and Sarawak. Manyin and Nissom signed the agreement on behalf of Sarawak RDC, while Cambridge University was represented by its director of CATS, Professor Christopher Robin Lowe.

In a statement, the Sarawak RDC said the collaborations between the Sarawak RDC and Curtin Biovalley Sdn. Bhd. as well as University of Cambridge will boost research development in the state.

Meanwhile, Professor Mienczakowski said the facilities at the pilot plant were world-class and that it would become a key research and development facility for the state. It is also the only facility in East Malaysia that can act as a bridge between laboratory scale studies and commercial production in the bioeconomy.

“The pilot plant provides the opportunity to scale up using industry-relevant processes and equipment. The bench scale results achieved by various research institutions and industry in Sarawak and rest of the country, as well as quantitative data from such pilot planting, is necessary to evaluate whether commercial production will be justifiable against the investment which will be needed to go into production,” Professor Mienczakowski remarked.

The feature which distinguishes the facility from others in Sarawak and elsewhere in Malaysia is that its equipment is of a scale and type appropriate for assessing economic viability for commercial production. Thus, it adds significance to all the research carried out in Sarawak on its bioresources in that it can proceed beyond lab- and bench-top research which is often curiosity-driven, to R&D which is more targeted towards making a real contribution to the bioeconomy of the state. 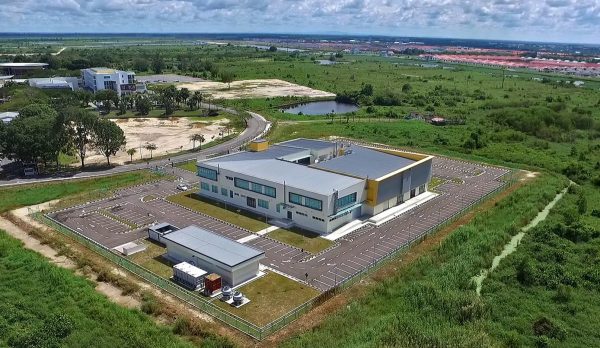 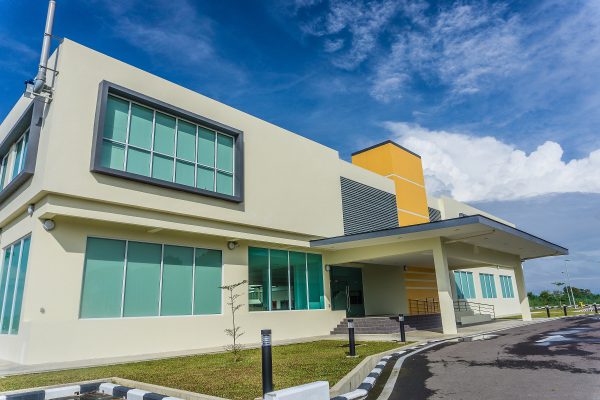 The first pilot plant facility in Sarawak for development of new bio-based products and processes.