Miri – 17 December 2019 – Curtin University has recognised Professor Jim Mienczakowski with the title of Emeritus Professor for his distinguished service, successful strategic leadership of Curtin University Malaysia (Curtin Malaysia), as well as his reputation in international education, and his vision and commitment to the University.

Professor Mienczakowski, who has been the Pro Vice-Chancellor, President and Chief Executive of Curtin Malaysia, Curtin’s largest international campus and global hub in Asia situated in Miri, Malaysia, for the last six-and-a-half years, has chosen to retire after more than 30 years in academia and will be leaving the University at the end of the year.

However, the conferral of the prestigious honour, which was formally announced by Deputy Vice-Chancellor International Professor Seth Kunin on behalf of Curtin University Chancellor Professor Deborah Terry at a dinner in Professor Mienczakowski’s honour in Miri recently, ensures he will continue an ongoing relationship with the University as a special advisor to Curtin Malaysia.

The new role will see Professor Mienczakowski helping ensure continuity in Curtin Malaysia’s strategic direction and policies, including the implementation of a well-defined campus development plan for the next decade, which he has set in place.

Pro-Chancellor of Curtin Malaysia and former Sarawak Deputy Chief Minister Datuk Patinggi Tan Sri Dr. George Chan Hong Nam, remarked that the conferral of the title of Emeritus Professor, a title reserved for veteran scholars and distinguished members of the University’s academic community, was a great honour for Professor Mienczakowski and for Curtin Malaysia.

“The conferral of the title of Emeritus Professor marks the first for someone from Curtin Malaysia, in recognition not only of Jim’s achievements as a capable and visionary leader over the last six-and-a-half years, but also as one who has set in place very clearly defined goals for the campus, and initiated actions for the long-term growth and success of our campus in synergy with Curtin’s One Curtin approach to becoming a truly global university,” said Datuk Patinggi Dr. Chan.

He added that the senior executive of Curtin Malaysia looks forward to Professor Mienczakowski’s continued input and strategic advice in the coming years to ensure it maintains its upward trajectory and vision for the future.

Meanwhile, Professor Terry, in a congratulatory message from Perth, said Professor Mienczakowski’s leadership has been instrumental in the success of Curtin Malaysia, which celebrated its 20th anniversary this year.

“Under Jim’s leadership, the campus is graduating record numbers of students and was placed at the top of the institutions that achieved a five star rating in the 2018 ranking by the Ministry of Higher Education, Malaysia.

“And earlier this year, we signed a new agreement to continue the Curtin Malaysia partnership for a further 20 years, ensuring the campus will continue to develop excellent graduates and high-quality research for decades to come. We are well on the way to achieving our goal of Curtin becoming a major contributor to the region’s economic and social development,” said Professor Terry.

Professor Mienczakowski has been the Pro Vice-Chancellor, President and Chief Executive of Curtin Malaysia since 2013. Prior to joining Curtin, he was Executive Director of Higher Education in Abu Dhabi and then later Vice-Chancellor of the Abu Dhabi Education Council Emirate’s College. During his career, Professor Mienczakowski also held senior leadership positions in a number of higher education institutions in Australia, including Deputy Vice-Chancellor roles at Victoria University and Central Queensland University.

Professor Mienczakowski has a Bachelor of Education degree from University of London’s Institute of Education, a Master of Arts from King’s College, London and a PhD from Griffith University, Queensland, Australia. He also has a Dip. CSSD from London University’s Central School where he studied in the early 1970s.

With a strong background in education, having taught in schools in Australia, the United Kingdom and the West Indies, Professor Mienczakowski’s teaching and research interests reflect a broad and interdisciplinary approach to research.

He has published extensively in the areas of qualitative methodological approaches, social sciences, ethnography, health education, schooling and performance, and his published works also include a number of ethnographically informed theatrical plays. He is also on the editorial/advisory boards of a number of journals including Sage’s Qualitative Research. 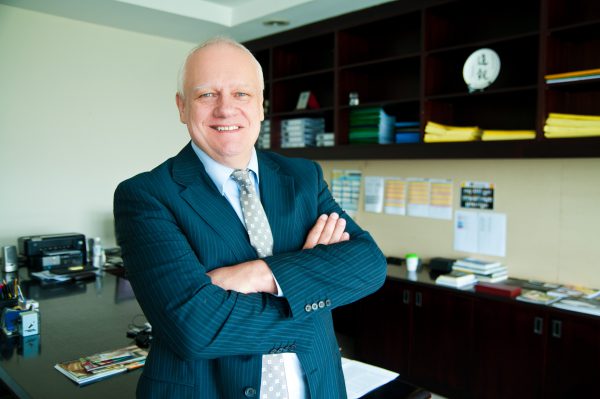