The bowling match, which is held annually, was a collaboration between the Student Services Department and student-run Curtin Bowling Club of the university.

The Miri Immigration Office, the Miri branches of Kumpulan Wang Simpanan Pekerja (KWSP) and National Higher Education Fund Corporation (PTPTN) and Curtin Malaysia formed a total of 12 teams comprising four members each for the match aimed at strengthening cordial relations between the university and the agencies, as well as promoting bowling as a healthy activity.

In her opening speech, Professor Giridharan remarked that the annual match has proven highly fruitful in maintaining rapport with the government agencies the university works the closest with in providing student support and services.

She said it was also a good way of getting to know each other’s staff and their roles in their respective organisations, as well as an opportunity for the university to show its gratitude to the agencies for their continued support. Professor Giridharan also commented that this year’s event was a rather special one, being held in conjunction with Curtin Malaysia’s 20th anniversary celebrations this year. 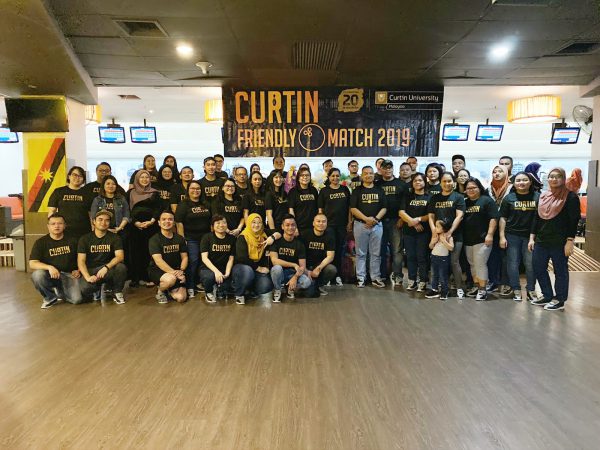 Group photo of the participants with Audrey Palance, Professor Giridharan and Mohammad Osman (8th – 10th left, 2nd row) at the start of the friendly match. 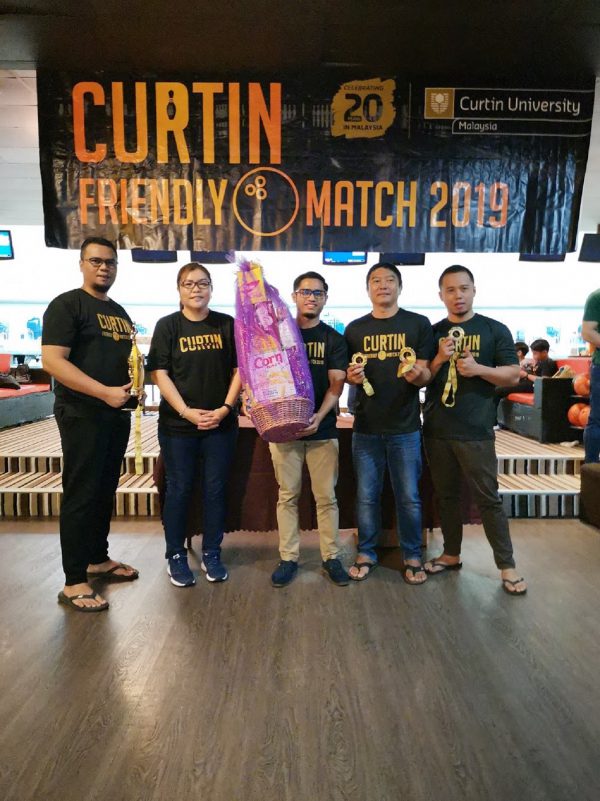 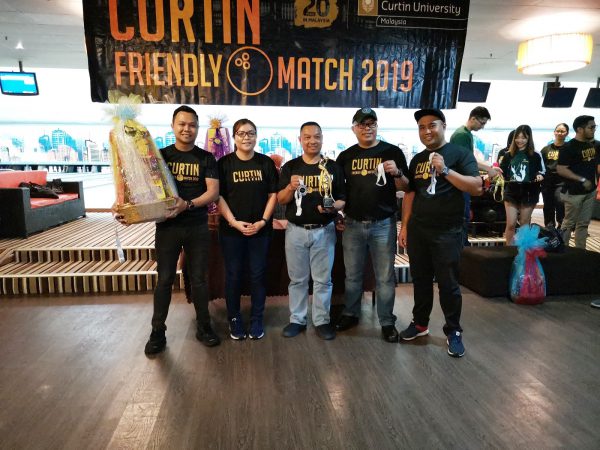 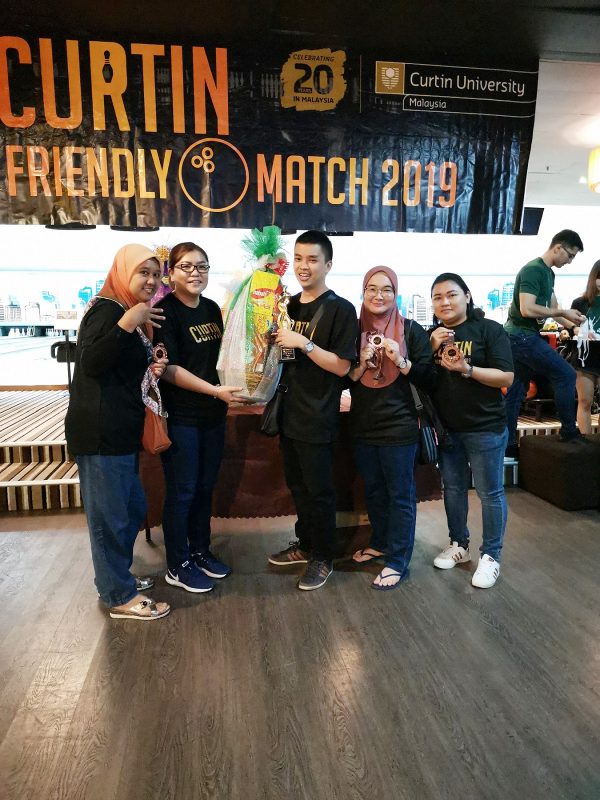 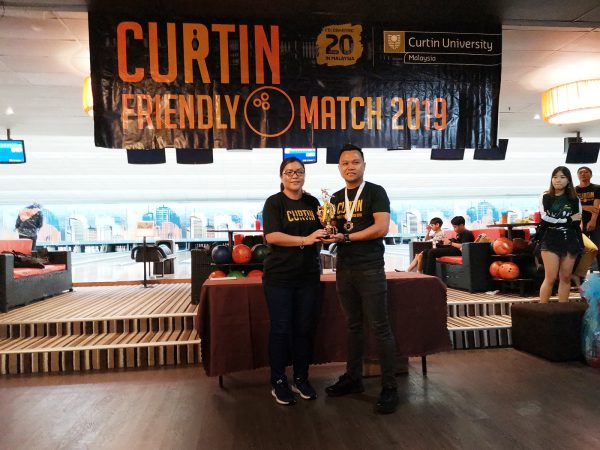 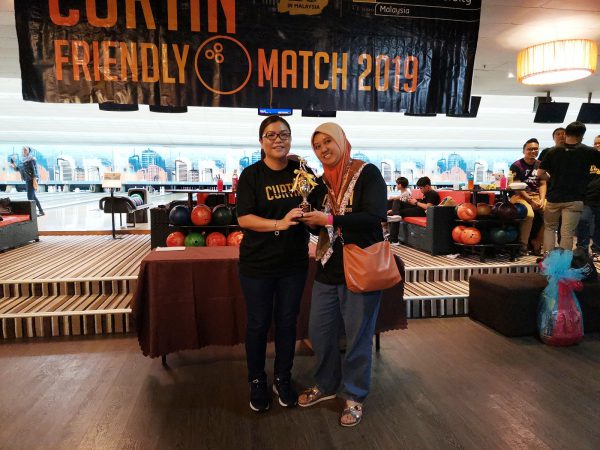 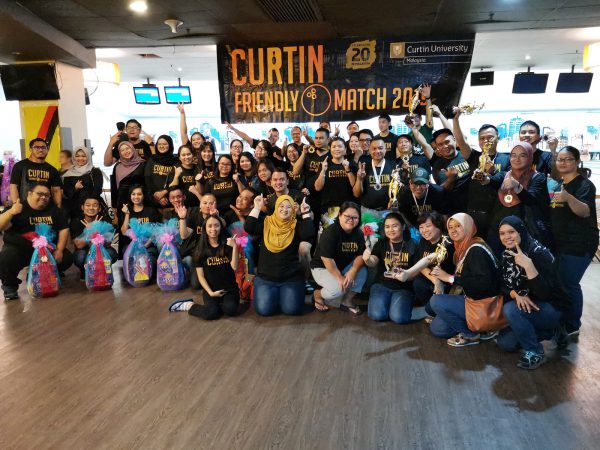 The winners and other participants at the close of the friendly match.