In addition, former commandant of the unit, Philip Ting Kin Tien, was awarded the Best VAD Unit Commandant Award in Sarawak for 2019 while committee members Choo Wai Lim, Lee Mee Yong and Wong Cheng Yee received the Bronze Award in recognition of their outstanding contributions to the Malaysian Red Crescent.

Meanwhile, Curtin Malaysia’s Dean of Students, Dr Adeline Wong, who is advisor to the VAD 57, received the Platinum Award in appreciation for her decade-long contribution to the VAD 57 and the Malaysian Red Crescent.

The Best VAD Unit Award recognises VAD units for excellent contributions and services to the Malaysian Red Crescent in Sarawak, including high achievement in organising courses, training, fund-raising and community projects, meetings and gatherings. It also recognises the units’ contributions to organising Red Crescent examinations and competitions, and the achievements of their members in them.

Ting expressed pride in the VAD 57 winning the Best VAD Unit Award for the eleventh time. He said the VAD 57 is the only student voluntary organisation at Curtin Malaysia providing first aid and acts as first responders during critical incidents and events at the university. As such, it works closely with the university’s security department and campus health centre in the provision of such services.

The VAD 57, established in April 2001, is one of Curtin Malaysia’s earliest and most active student organisations. It plays an important part in university life, especially in providing first aid support during university events and organising the university’s annual Health & Safety Awareness Week. It also supports the Malaysian Red Crescent Miri District in its community service activities such as blood donation drives and tree planting in the Miri area. 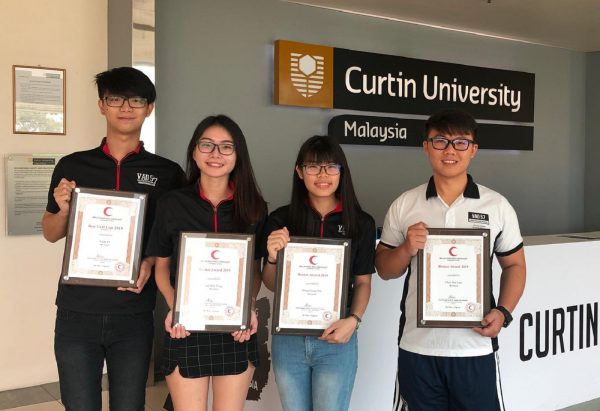 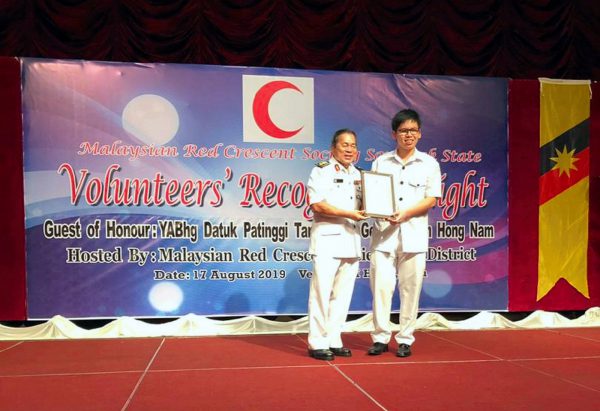