The Industry Immersion Module, which was conducted at SSB between August and October, was the result of a related Memorandum of Understanding (MOU) signed between the two organisations in April this year. A separate MOU for a Digitalisation Module, which is still ongoing, was also signed at the same time.

A ‘kick-off’ ceremony attended by senior managers of SSB and senior academics of Curtin Malaysia’s Faculty of Engineeing and Science to launch both modules was held at the Sarawak Shell Berhad Office last August.

Chieng, in her speech, said “The projects were designed to simulate a real working environment in the oil and gas industries to allow the future engineers to experience and better prepare themselves to work for a multinational company. Also, these projects commit us to work in tandem with the future engineers, so we can be one of the strong drivers in delivering the Malaysia’s Plan to accelerate human capital development for an advanced nation.”

Meanwhile, Professor Mienczakowski commented that it was good that the students got to apply what they have learned in their engineering and science courses to real-life scenarios at SSB. The opportunity to work in multi-disciplinary teams with highly experienced Shell personnel also proved invaluable.

He said the success of the module was testimony of the strategic partnership between Shell and Curtin to facilitate student capacity building and knowledge transfer.

The speeches were followed by the presentation of awards to six of the students who had demonstrated outstanding performance in the Immersion Module by Chieng. The students were Harsha Settinayake Abdul Rasyid, Britney Chong Ting Yen, David Ha Heng Lee, Kuscera Youngblood, Armand Zain and Kaylene Anjek.

A similar closing and awards ceremony will be held for participants of the Digitalisation Module at a later date.

The Immersion and Digitalisation Modules, developed specifically for Curtin Malaysia engineering and science students to gain an experiential, industry-led learning experience with SSB, saw the students working in teams on various projects under Shell project supervisors to develop solutions to real-life industrial challenges. 25 students from various engineering and science disciplines participated in the Immersion Module while 15 took part in the Digitalisation Module.

In the course of their participation, they also got to hone their communication and collaborative skills, problem-solving and critical analysis abilities, and leadership skills through peer interaction and group discussions, and professional engagement with their project leads and mentors. 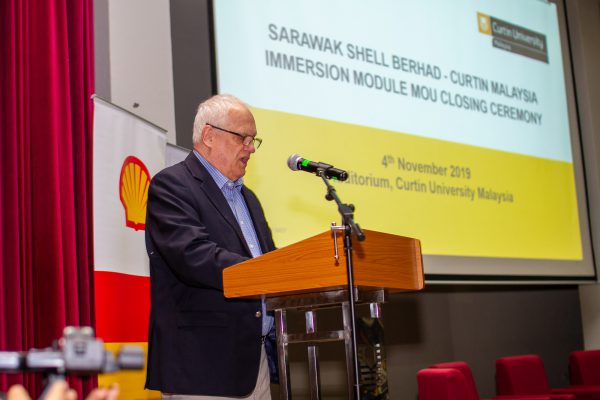 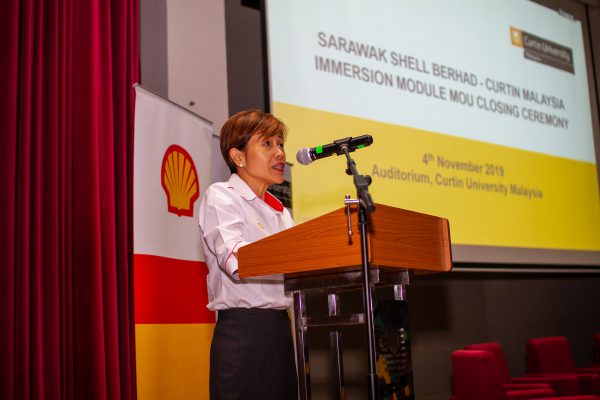 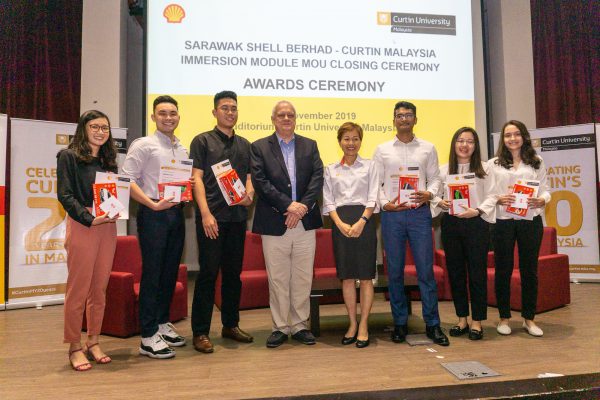 The six award winners with Professor Mienczakowski and Chieng. 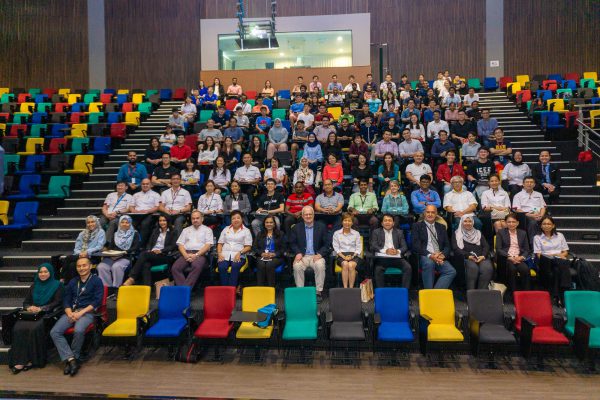 The gathering of Immersion Module participants, Shell and Curtin staff and industry representatives. 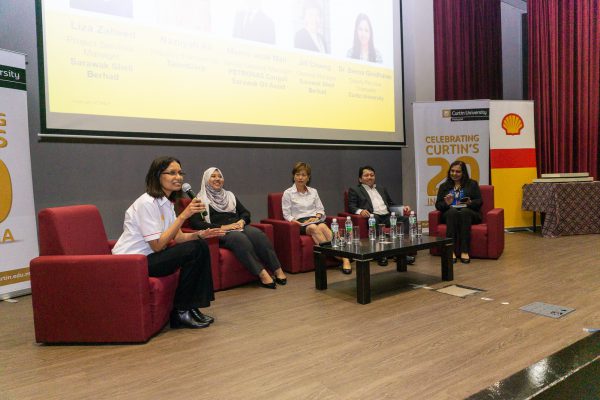