Miri – 24 June 2019 – Curtin University Malaysia (Curtin Malaysia) sees Curtin University’s ranking as the eighth university in Australia in the highly competitive 2019 Nature Index as scoring another notch in its ranking status amongst institutions in Borneo.

The 2019 Nature Index highlights the institutions and countries that dominated research in the natural sciences in 2018, measuring the number of scientific papers published in 82 leading journals across the research areas of life science, physical sciences, earth and environmental sciences, and chemistry.

“The Nature Index examines the high-quality research output of universities across the world and I am absolutely thrilled that Curtin has achieved a national academic ranking among Australia’s top eight universities,” Professor Terry said.

“The university has now achieved a global academic ranking of 321, positioning Curtin among the world’s best research institutions and continuing our rapid rise in prestigious international rankings.”

In addition, Curtin also climbed in the National Taiwan University rankings, which were released on the same day as the Nature Index, improving its global ranking to 277, up 19 places, with a national ranking of ninth in Australia.

Professor Mienczakowski said that, as Curtin’s largest international campus and global hub in Asia, Curtin Malaysia is absolutely thrilled with Curtin’s achievement in the Nature Index, one of the most important rankings worldwide.

“It is a major achievement for the university, rising 90 places and making it into the top eight Australian universities. It also sets a high benchmark for us to try to attain and maintain with our research at Curtin Malaysia, but we are certainly up to the challenge,” said Professor Mienczakowski.

He added that Curtin’s continued improvement in the global rankings means that Curtin Malaysia is clearly the leading institution in terms of ranking status throughout Borneo and augurs well for its international reputation. 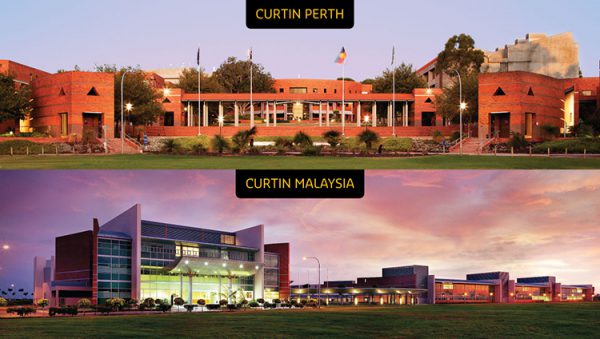