This is the fifth consecutive time Curtin Malaysia has achieved a Tier 5 or 5-star rating since the first rating exercise in 2007, and the second under the Mature University category (for universities more than 15 years old).

33 public and private institutions were ranked under the Mature Category where 15 achieved 5-star rating. The latest SETARA assessed and rated a total of 86 universities and university colleges under three categories: Mature, Emerging and University Colleges.

Curtin Malaysia’s Pro Vice-Chancellor, President and Chief Executive Professor Simon Leunig said achieving 5-star rating five times in a row reflected Curtin Malaysia’s longstanding reputation for quality and innovation in its teaching and learning, research, student experience, facilities and support services, the calibre of its staff, and the quality and employability of its graduates.

Professor Leunig commented that Curtin Malaysia’s results in the latest rating assessments were very positive with improved performance in a number of areas – an outcome that reflects its strong profile and performance as a leading tertiary institution in Malaysia.

He said that the achievement was one that all students, staff and alumni of Curtin Malaysia should be proud of, and he urged them to work even harder to continually raise its standing both nationally and globally.

SETARA is one of the rating systems developed by the Ministry of Higher Education (MOHE) in 2007 to measure the quality assurance and standards of universities and university colleges in Malaysia based on their autonomy, quality and performance. The system is designed to help the institutions build strong foundations in four main core functions, namely general, teaching and learning, research and service through pre-determined assessment metrics and methodologies.

Professor Leunig added that Curtin Malaysia’s achievement in the SETARA complements the excellent achievements Curtin University as a whole has attained in the various global university rankings this year.

He said these achievements are a strong testimony of the quality of the education and research Curtin provides, and its strong international outlook under the mantle of its ‘Curtin Global’ initiative across its campuses in Western Australia, Malaysia, Dubai, Singapore and Mauritius.

This year, Curtin University continued to rank in the 201-300 band in the Academic Ranking of World Universities (ARWU) 2020 rankings, which is widely recognised as the most relevant research-oriented university ranking system worldwide, maintaining its position among the top one per cent of universities worldwide.

The university climbed in the QS World University Rankings (QSWUR) 2021, jumping 13 places to 217th in the world. The QSWUR, which highlights the top 1,000 universities in the world, showed Curtin’s continued improvement in these prestigious global rankings, rising 67 places since 2014. Curtin also placed 246th globally and 16th in Australia in the 2021 Times Higher Education World University Rankings (THEWUR).

In addition, the university was again named the world’s second-ranked university and number one in Australia for Mineral and Mining Engineering in the 2020 QS World University Rankings by Subject. The university achieved ranking in 27 subjects, three more than last year, including two subjects in the top 50 in the world and 10 in the top 200.

In the Times Higher Education (THE) World University Rankings by Subject 2021, Curtin featured in all 11 subjects, with the top ranked subject being Education which placed in the 126-150 band globally.

Meanwhile, in the Global Ranking of Academic Subjects 2020 released by Shanghai Ranking Consultancy, Curtin featured in 35 of the 54 subjects ranked, including 5 subjects ranked in the world’s top 100 and 23 in Australia’s top 10.

Curtin rose to 271st in the world (a jump of 11 places) and retained its ranking of ninth in Australia in the2020 CWTS Leiden Ranking, which measures university performance based on scientific impact and collaboration, across more than 1,000 institutions around the world. It also climbed 14 places in the 2020-21 University Ranking by Academic Performance (URAP), achieving the world ranking of 206, up from 220 last year.

Professor Leunig said connections and collaborations across Curtin’s campuses are becoming more embedded in their daily practices, collaborative research, and the development, internationalisation and delivery of courses. This inevitably enhances the university’s global footprint and will continue to ensure its place amongst the world’s best universities. 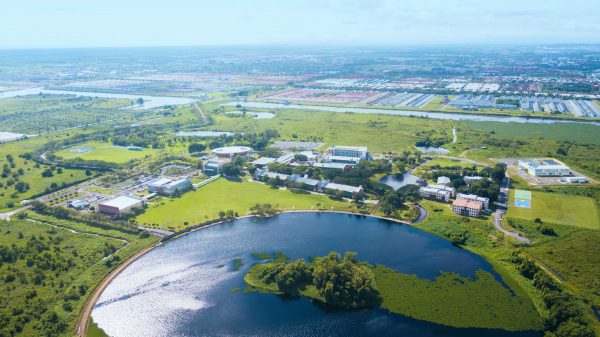