“Curtin continues to out-rank all other Western Australia universities in several important categories including the full-time employment rate, confirming our commitment to producing job-ready graduates.”

“For the second year, Curtin Medical School is number one in the country for overall experience, teaching quality, learner engagement and learning resources, a truly wonderful achievement.”

Meanwhile, Pro Vice-Chancellor, President and Chief Executive Professor Simon Leunig of Curtin University Malaysia (Curtin Malaysia), Curtin University’s largest international campus located in Miri, said these are fabulous results, reflecting the skill and dedication of the University’s academic and professional staff not only in Western Australia, but also across all its global campuses in Malaysia, Singapore, Dubai and Mauritius.

Professor Leunig also highlighted Curtin’s outstanding results in two other newly released rankings. In the Academic Ranking of World Universities (ARWU) 2020, Curtin maintained its ranking in the 201-300 band worldwide, well within the top one per cent of universities worldwide, and is placed ninth in Australia.

He said it was a great result that reflected the University’s strengthening profile and reputation in a number of key areas, led by nationally and internationally renowned researchers.

The ARWU is widely recognised as the most relevant, research-oriented university ranking system worldwide, and is based on a range of measures including research output and number of Highly Cited Researchers.

In the URAP Field Based Ranking for 2019-2020, the University has been ranked in 42 of the 61 fields. The top three field rankings are Architecture (24th in the world and second in Australia), Geology (31st and fourth), and Nursing (36th and 12th).

Professor Leunig said that, as Curtin’s largest international campus, Curtin Malaysia prides itself on offering identical academic programmes, an undifferentiated student learning experience, and a shared commitment to excellence in education and research as the main campus in Western Australia.

“The international recognition Curtin University has received through the various global university ranking systems in many respects also applies to Curtin Malaysia. It is testimony of the quality of not only our research, but also our academic programmes, teaching, graduate employability, internationalisation, facilities and management systems,” he remarked.

He said that, like its Australian parent, Curtin Malaysia is also widely recognised for its practical research that is focused on solving timely, real-world problems. In recent years, its research activity has grown significantly, helping to drive Curtin’s rapid rise up the global university rankings.

“Through effective and proactive recruitment within our academic faculties, the focus on ensuring our staff are engaged in quality research, and a steady growth in scholarly journal articles, we are actively contributing to the University’s global performance,” Professor Leunig said

This includes the development of the Sarawak BioValley Pilot Plant at the campus in collaboration with the Sarawak state government, a new Faculty of Engineering and Science building and Engineering Research Laboratory with facilities for teaching, research and postgraduate work to meet the needs of government and industry. Also in the works is a state-of-the-art Digital Centre for Excellence that would add new dimensions to research and innovation at Curtin Malaysia.

He added that Curtin Malaysia has in its own right gained recognition through its ratings in Malaysia’s SETARA, D-SETARA and MYRA rating systems for institutional excellence, academic programmes and research. It is also one of 19 public and private universities in the country granted self-accreditation status by the Malaysian Qualifications Agency (MQA). 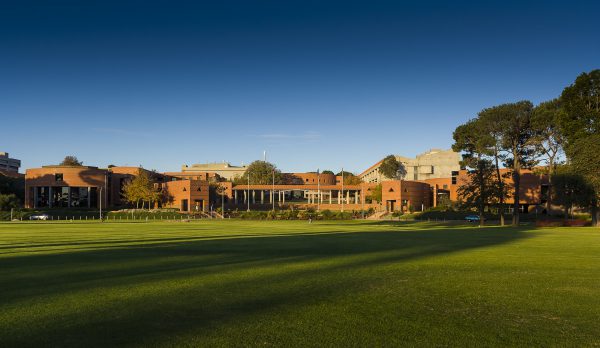 Curtin University continues to be top-ranked in Australia and the world.