Eight foundation and undergraduate students took part in the competition jointly organised by the Department of Culture and Language Studies of the Faculty of Humanities and The Library and Learning Commons. It was aimed at enhancing the application of tertiary-level library research and academic integrity skills among students.

The participants were required to write argumentative essays of between 1,000 and 1,200 words substantiated with at least five citations from at least five credible online references using the APA Referencing Convention.

In her speech during the prize-presentation, Professor Giridharan, who is also the Dean of the Faculty of Humanities, acknowledged the critical role of the library, including the facilities, study resources and services it provides, in the development of students at Curtin Malaysia.

Coming up tops in the competition was Jack Chai followed by Malcam Prasad, Krystie Edrea Teo and Leong Yi Sheng in second, third and fourth place. 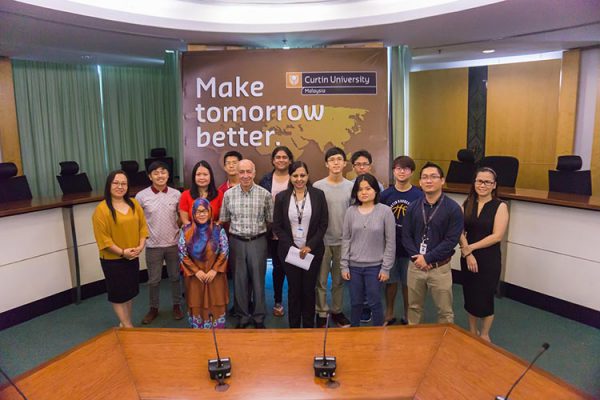