SMA-TEGAS Digital Innovation Hub (DIH), Miri is strategically located at the Miri Times Square @ Marina Parkcity Commercial centre with a Silicon Valley-styled interior to create the startups atmosphere for local budding entrepreneurs and serves as an inclusive platform to support and empower early-stage start-ups and social enterprises in Sarawak.

The main objectives of the MoU signed between Curtin University Malaysia and TEGAS are to promote interest and encourage initiatives in entrepreneurship, technopreneurship, business startups and funding among students and staff at Curtin in collaboration with the community in Sarawak. With these initiatives, it is expected that individuals with innovative ideas will be motivated to apply for seed funding from the government for projects related to entrepreneurship, technopreneurship and business startups.

Being one of the largest international global university in Malaysia, Curtin Malaysia has its own student-led startup club, The Founders Club, whose members have been organising and collaborating several startup events, ideation and incubator programmes and entrepreneur programmes in recent years producing successful startups among students and young local entrepreneurs.

During his keynote speech for the launching, Abang Johari also encourage the local startups to explore and venture into A.I. (artificial intelligence), big data, VR (virtual reality, AR (augmented reality), robotic, and coding, and use it to promote local products and tourist attractions in Miri.

The launching of the hub also coincided with the exchange of memorandum of understanding (MoU) between SMA and Malaysian Technology Development Corporation, Yayasan Pesona together with five new strategic partners, namely Grab, Curtin University Malaysia, pitchIN, FutureLab and CentaCube. These partners support the #InnovateSarawak campaign that focuses on promoting digital innovation and entrepreneurship in Sarawak.

TEGAS collaborates with SMA in operating the DIHs in Kuching, Miri and Bintulu, which serve as inclusive growth platforms for startups and social enterprises in Sarawak. Funded by SMA and managed by TEGAS, the DIHs offer access to affordable co-working spaces, incubation and acceleration programmes, as well as access to the Sarawak Digital Village Ecosystem network. 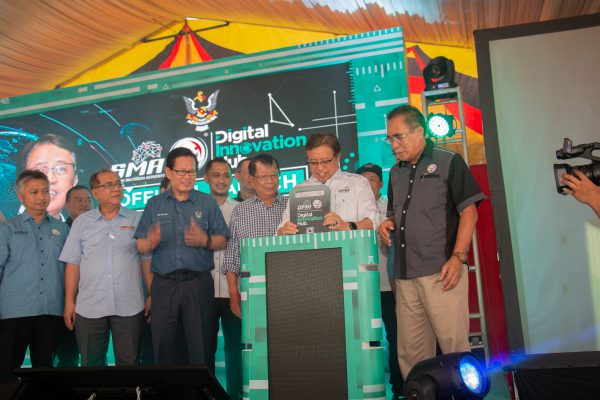 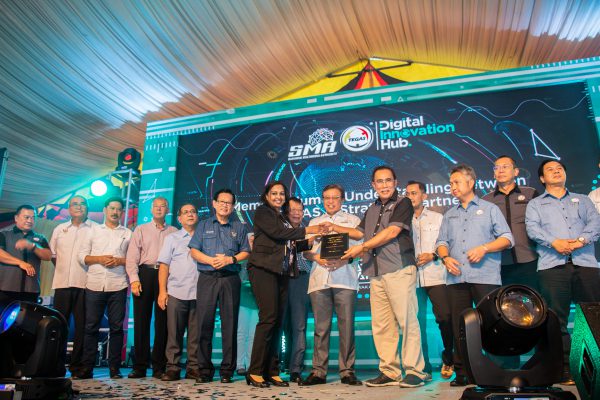