According to the duo, the qZSI has several advantages over conventional power converters such as being able to perform buck and boost conversion without needing additional switching devices to reduce power loss. In addition, the output from the qZSI can be boosted to twice the amount of input source voltage with a similar duty ratio.

The second team’s project was titled ‘Building Information System (BIS)’ and was supervised by the associate professor of electrical and computer engineering, Dr. Garenth Lim.

According to the team, building surveying, or more specifically crack identification, is an important task in the construction phase of all buildings as any cracks could pose risks to the future progress of the construction. Furthermore, any oversight by building surveyors could potentially lead to catastrophic consequences. Hence, their project proposes an end-to-end mobile application solution to improve the efficiency of crack identification tasks in the civil and construction engineering industry.

BIS utilises Mask R-DDCN for image processing because of its high accuracy and capability to model unknown geometric transformations or variations. Google Cloud solutions are also incorporated to ease connectivity and optimise functionality between Google Cloud products. Experiments by the team have shown that BIS is capable of detecting the classification and dimensions of cracks on building surfaces accurately. The system is projected to be able to save up to 20 per cent in time and costs normally needed to carry out such tasks.

At the Innovate Malaysia Design Competition, the team comprising Sia and Kho continued their winning streak, placing first in the Keysight Track for the same ‘Novel Full Battery Charging Capabilities for Quasi Z-source Inverter’ project that won them first place in the Sarawak competition. They also won the IEM Best Paper Award, adding to the glory.

The Innovate Malaysia Design Competition is the largest design competition in Malaysia, open to all third-year and final-year degree students in engineering, computer science, information technology, science and mathematics. The goal of the competition is to promote innovative culture in engineering design work, tackle real-world problems with practical engineering solutions, and churn out the brightest talents for product development, further research, and commercialisation. Technology companies, including Amazon Web Services, Intel, Keysight, Microsoft and SilTerra, work together to co-organise the competition.

“It was a great honour to be able to participate in both competitions. It was an important step in my journey as a student and brought me one step closer to my goal of becoming a researcher,” said Sia.

Kho, meanwhile, said, “Our project shows the advantage of controller-enabled engineering in the design of power converters that can be integrated with renewable energy to cope with the world’s high demand for electrical energy.”

According to the team, who were supervised by Dr. Lim, human posture is crucial in sports screening to reduce the risk of severe physical injury. Capturing human posture using computer vision is becoming more commonplace in the sports community due to its fast speed and markerless motion capture. In their project, the team proposes a novel markerless gait estimation and tracking algorithm to locate human joints information in spatial-temporal sequences for postural assessment.

Nurul Ain, who is the current Institute of Electrical and Electronics Engineers (IEEE) Curtin Malaysia Student Branch president, said, “This algorithm is developed into a real-time system using the Intel Up Squared board with Movidius Neural Compute Stick 2. The developed system is known as Artificial Intelligence Personal Assistant Sports Supervision or AI-PASS.”

She added that the human pose estimation model is optimised using Intel OpenVino and the gait recognition tracking system developed using Pytorch library. Subsequently, the results of the postural assessment are visualised on Amazon Web Service (AWS). AI-PASS can automate the capture of human joints for postural assessment up to 9 frames-per-second to detect incorrect posture. The use of AI-PASS can be applied to various sports such as weightlifting, diving and cycling.

Tay, who is last year’s president of the IEEE Curtin Malaysia Student Branch, said he watched how in the 2018/2019 NBA final, a player from Golden State Warriors got injured and cost the team the game. Tay later discovered that the player suffered from osteoarthritis, a joint injury condition afflicting over 30 million people in the United States, with more than half under the age of 65.

“Joint injuries are more often than not caused by incorrect and uneconomical posture. This inspired me to look into the research area of using AI computer vision and deep learning to address human postural problems. I am glad that, through the project, I am in some way helping humanity,” commented Tay.

According to Thien and Nurul Fatihan, use of safety gear is important in the industry but difficult to track. Although various sensing technology has been used in an imaging approach to the problem, such technology is difficult to implement due to camera placement and occlusion issues. Hence, the team proposes capacitive sensing as an alternative solution in which sensors can be fitted onto various items, such as the soles of shoes to determine if the right safety shoes are being worn.

In congratulating all the teams for their stellar performance, Dr. Lim said teams from Curtin Malaysia have continually won at the two competitions, proving that Curtin’s programmes in electrical, electronic and computer engineering and technology are top-notch.

“I always encourage our students to view competitions as more than just platforms to win accolades, but also as motivation to address problems and issues faced by society using the knowledge and skills they have acquired. Competitions are a great way to apply all that they have learned in the classroom in practical applications. Of course, winning the admiration and recognition of industry is a huge bonus,” he said. 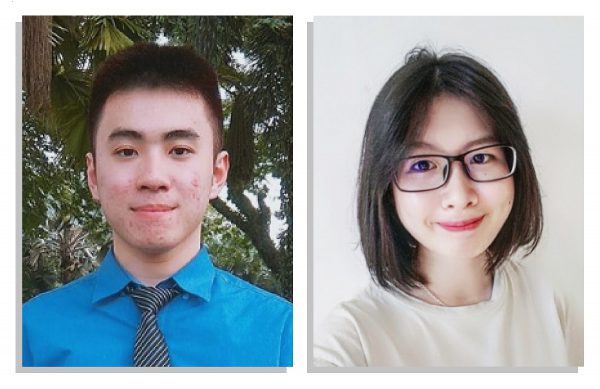 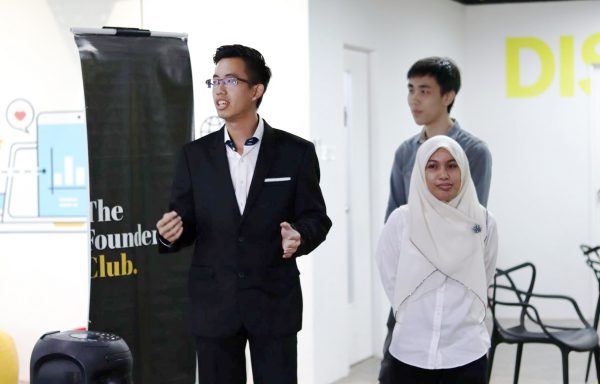