Lecturer in the Faculty’s Department of Electrical and Computer Engineering and advisor to Curtin Programming Nation Club, Foad Motalebi, said that programming has spread in every field and has become an indispensable skill, especially for engineering students.

He added that an important aspect of being an engineer today is learning how to code and this can be helpful in solving basic engineering problems and running simulations. Thus, running a programming competition every year enables students to engage in healthy competition and demonstrate their programming skills.

“Each year, we see very keen competition among the students, who see the competition as an opportunity to sharpen both their programming and problem-solving skills,” said Foad.

According to Foad, the competition has seen increasing numbers of participants each year, with this year’s being the largest with 34. To accommodate all of them, two computer laboratories had to be used for the first time.

The competition pitted the participants against each other in a three-hour programming marathon to see who could solve a series of programming questions using C, C++ or Java programming languages in the fastest time possible. The 10 questions put before them had varying difficulty levels ranging from easy to advanced. Being an open book competition, the participants could refer to any online source to help them solve the questions.

To sustain them throughout the intense three hours of competition, the participants were served refreshments of sandwiches, chocolate and coffee.

The prize-giving was presided by Head of the Department of Electrical and Computer Engineering Associate Professor Lenin Gopal.

Associate Professor Lenin remarked that he was pleased to see that the number of participants in the competition had increased and that the competition continues to be an important conduit for students to upgrade their programming skills.

He also announced that the Curtin Programming Nation Club will be changing its name to Curtin Computing Nation in the coming year to widen its scope beyond programming and include computer networking and computer security. This way, the club could have more activities and competitive events.

To complement its existing computing and electronic laboratories, Curtin Malaysia is developing a Digital Centre for Excellence in the coming year. It will be an integrated development with an assemblage of facilities equipped with new digital technologies for teaching, training and research. 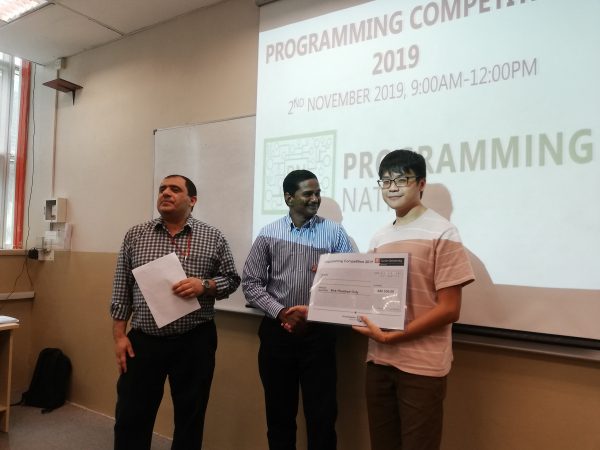 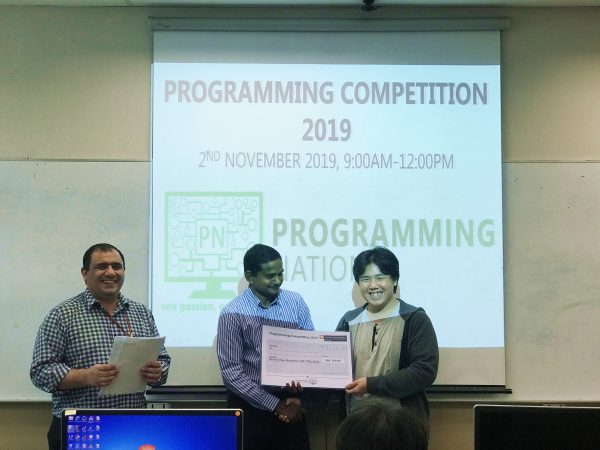 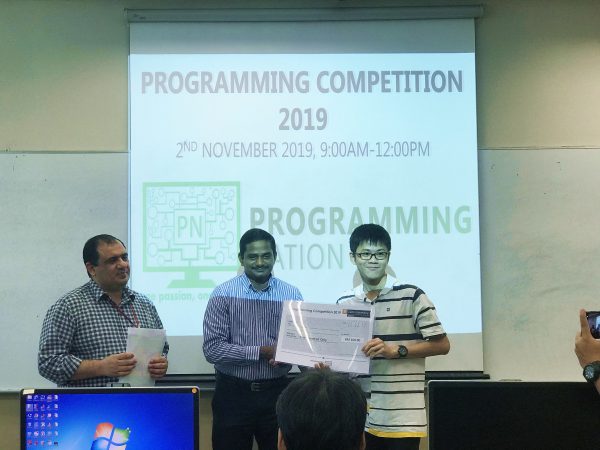 All the participants with Associate Professor Lenin Gopal and Foad (in striped and chequered shirts).