The talk was attended by students and staff of the Department of Civil and Construction Engineering at the university’s Faculty of Engineering and Science, as well as members of IEM Miri.

Delivering the talk was Ir. Sam Yii Hock Wong, a senior project manager with Pekerjaan Piasau Konkerit Sdn. Bhd. (PPK), the main contractor for the construction of the bridge, who is an experienced and qualified professional engineer with some 20 years’ experience in road and bridge construction works.

The bridge project is fully funded by the Sarawak government at a cost of some RM67 million and is expected to be open to the public in April next year.

While all the students were appreciative of the opportunity to able to connect what they have learned in their course to actual industry practice, final-year students who attended, in particular, remarked that the talk was very relevant to their final-year design project unit.

As part of their Bachelor of Engineering in Civil and Construction Engineering course, final-year students are required to complete a design project from design to construction and project management.

Ir. Yii also hosted a site visit to the bridge construction site by the students and staff the following day. They got to view first-hand how a balanced cantilever bridge is constructed, gaining valuable insights as Ir. Yii pointed out the travelling formwork used in constructing the bridge deck and how post-tensioning works are carried out on site.

Head of the Department of Civil and Construction Engineering, Associate Professor Muhammad Ekhlasur Rahman, commented that at Curtin Malaysia, undergraduate students are given ample opportunities to extend their learning beyond the classroom.

He said special lectures by invited speakers and field trips are organised every semester to help students connect their studies with actual industry applications. With the additional exposure, undergraduates pick up further knowledge and skills, enhancing their marketability upon graduation.

The four-year Curtin Bachelor of Engineering (Honours) course in Civil and Construction Engineering at Curtin Malaysia is identical to that offered at its parent campus in Western Australia. The professional and practically-oriented course is professionally accredited by Engineers Australia and the Board of Engineers Malaysia, and by virtue of Australia and Malaysia being signatories of the Washington Accord, the qualification is recognised in over 20 countries worldwide.

A comprehensive combination of civil engineering and construction engineering, the course has extensive support and collaboration from industry players and is highly prized by graduates and respected by professional engineers.

The quality of Curtin University’s courses is assured through its strong rankings in the global university rankings. The university is currently ranked in the top one percent of universities worldwide in the prestigious Academic Ranking of World Universities (ARWU) 2018.

It is also ranked in 27 out of 48 subjects globally in the 2018 QS World University Ranking by Subject, including two subjects in the top 50 and eight in the top 100 worldwide. They include Top 100 for Civil & Structural Engineering. Furthermore, Curtin is recognised for global excellence in five broad subject areas, including being ranked as number 152 worldwide for Engineering & Technology. 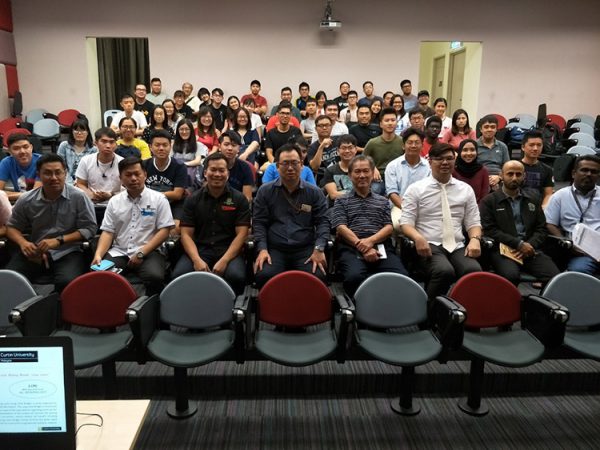 Ir. Yii (front row, 3rd from right) with attendees of the technical talk. 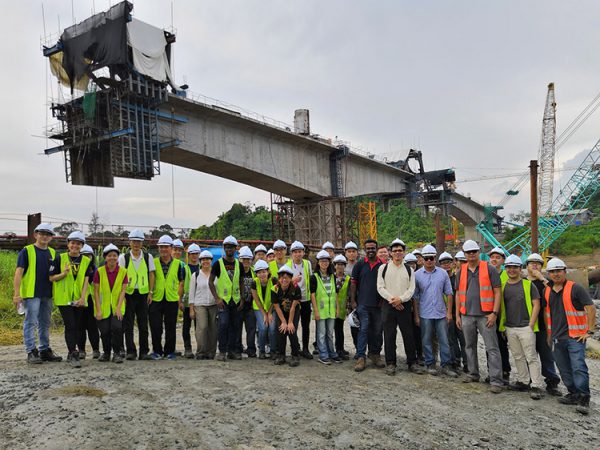 The Curtin students and staff with PPK staff at the bridge construction site.