It emerged first runner-up for Dota 2 in the inaugural competition which featured two games – Dota 2 and Mobile Legends: Bang Bang (MLBB). The team walked away with a cash prize of RM6,000.

The playoffs saw eight teams battling for the title of being the best Dota 2 and MLBB players in Malaysia. The eventual champion for Dota 2 was Team Swift from Sunway University, while Team Ultra Instinct from Universiti Kebangsaan Malaysia (UKM) was crowned the MLBB champion.

The ACE Championship is a multi-title e-sports tournament for university and college students featuring a total championship prize pool of RM38,000. Registration must be done through the universities’ e-sports clubs and each university is allowed to field a maximum of 2 teams for each game. The tournament was broadcasted live on Channel 808 (eGG) on Astro.

According to Derek, apart from stress relief, e-sports can help one develop critical soft skills.

“Some people say gaming is bad, but on the contrary, we have learned much from it. Video games have helped boost our strategic thinking, teamwork, communication skills, leadership and self-confidence. The number of bright and highly competitive students from so many universities competing in the tournament says something about its positive aspects,” said Derek. 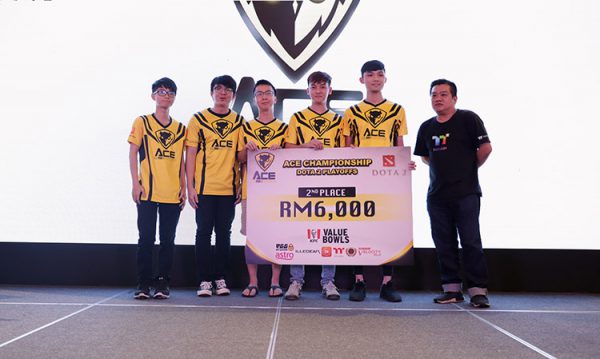