Progressing towards sustainability in renewable hydrogen production in Sarawak 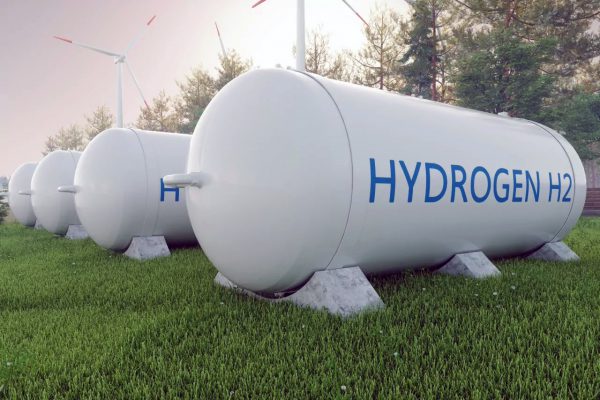 Hydrogen is regarded as a versatile secondary fuel that may be used to fully harness the potential of intermittent renewable resources. Over 70 million metric tonnes of hydrogen are produced globally on a yearly basis for application in oil refining, metallurgy, the semiconductor industry, and the production of steel, ammonia, methanol, chemicals and fertiliser.

When compared to other commercially-accessible petroleum-based fuels, hydrogen has the highest heating value, and its combustion product consists mainly of water. Approximately 95 per cent of hydrogen is derived from fossil fuels where the natural gas (NG) reforming still contributes the largest portion (68 per cent) due to its cost-effectiveness, followed by coal.

It is reported that around five per cent of hydrogen is produced via renewable energy sources. By the year 2030, hydrogen is expected to be deployed as a major energy source in many developed nations. Japan is currently the leading country for hydrogen energy usage.

Most experts believe that renewable hydrogen will be critical to achieving the Paris Agreement’s goals. This is because certain economic sectors such as transportation, electricity generation and industry still struggle to reduce greenhouse gases emissions which contribute to global warming.

While energy efficiency, renewable energy and direct electrification can reduce emissions from electricity generation and transportation to a considerable degree, other sectors such as aviation, shipping, long-distance trucking, and concrete and steel manufacturing, which require high-energy density fuel or intense heat, will for the foreseeable future continue to face difficulties in achieving decarbonisation. Hence, renewable hydrogen is a viable and environmentally-friendly energy source solution when compared to conventional fossil fuels.

The Malaysian and Sarawak governments have taken initiatives to introduce hydrogen into the current energy mix production in partnership with research institutions. Universiti Teknologi Malaysia (UTM) and Universiti Kebangsaan Malaysia (UKM) were selected to collaborate with the Ministry of Energy, Science, Technology, Environment, and Climate Change (MESTECC) as research partners from 1997 to 2030.

On 27 May 2021, Sarawak Energy Berhad’s Integrated Hydrogen Production Plant and Refuelling Station was officially launched by Sarawak Chief Minister Datuk Patinggi Abang Johari Tun Openg. It has been billed as the first facility of its kind in Malaysia and Southeast Asia.

With the existence of this plant, the power utility company can further investigate hydrogen’s potential as part of Sarawak’s energy mix of the future. Sarawak Energy Berhad entered into a collaborative partnership with Linde EOX Sdn. Bhd., a subsidiary of Linde Malaysia, for the construction and operation of the facility. The plant is capable of producing 130 kilograms per day with a purity of 99.999 per cent and can support and recharge up to five fuel-cell buses and 10 fuel-cell cars per day.

PETRONAS, which now produces low-carbon hydrogen, intends to investigate commercial green hydrogen generation. By using its excellent geographic location and strong client and technology ties, it hopes to become a competitive hydrogen solutions provider. Furthermore, a Hydrogen Roadmap defining the goals for the development of hydrogen energy in Malaysia has been established.

Malaysia’s transition from fossil fuels to renewable energy sources still faces certain difficulties within the energy sector as a whole. Hydrogen’s inclusion in the primary energy balance necessitates a great level of complexity in terms of production, transportation and end-use.

Although the Sarawak State Government has adopted a hydrogen energy strategy for 2005 – 2030, hydrogen development is still far from its goal despite the great support and enthusiasm from the government. One of the most difficult aspects of the process is achieving the maximum green hydrogen production and rate. Hence, industrial green hydrogen generation from biomass sources has yet to be achieved.

Therefore, more exploration is essential to intensify the productivity of biohydrogen from agro-industry waste on a commercial scale. Besides that, biohydrogen production is costly and has limited market acceptance at this stage of development. Incentives and supporting policies should continue to be a major driver for the biohydrogen industry, allowing biohydrogen to compete with petroleum-based energy sources in terms of economic feasibility and long-term performance.

This issue can be resolved by encouraging multi-disciplinary research to address the current constraints, spanning from safety to legislation, in order to effectively generate and deploy biohydrogen energy sources. Only by overcoming the aforementioned constraints can a complete transition to a sustainable hydrogen-based economy be possible.

Dr. Bridgid Chin Lai Fui is a senior lecturer in the Chemical and Energy Engineering Department of Curtin Malaysia’s Faculty of Engineering and Science where she is actively involved in teaching, research, supervising research students, and providing academic leadership and administrative support for the Department. She also sits on several academic and coordinating committees in the Faculty and University. Her research focuses on converting lignocellulosic waste and plastic waste into value-added bioproducts and biohydrogen using green technology. She has received a number of international and national research grants and has authored and co-authored numerous academic journal articles and conference papers on related topics. She is a Chartered Engineer (CPEng) of Engineers Australia (EA) and also a Fellow of the Higher Education Academy, UK. Dr. Chin welcomes opportunities for partnerships and collaboration from interested parties and can be contacted by email at bridgidchin@curtin.edu.my.