Karstification of the Subis limestone in Niah hills

Limestone rocks are special because they are soluble in rainwater, which is enriched in CO2 from the atmosphere and soils. Therefore, wherever limestone rocks outcrop, solution phenomena are common. These phenomena are called ‘karst’, a term derived from a Slovenian word since they were first described in the Classic Karst of that part of the world. Karstification is often pronounced in the humid tropics where very abundant vegetation promotes high CO2 levels and the annual rainfall is also extremely high.

As a result, many tropical limestones display a multitude of karst features in what is known as ‘mature karst’. A mature karst area is one in which there has been pronounced dissolution. When karstified limestones are exposed at the surface, the landscapes are spectacular, but when they underlie a major city, as in Kuala Lumpur, the extent of karstification results in considerable construction difficulties as the rock mass is weakened by well-developed solution porosity.

Sarawak is world-renowned for its karst features. The better known and most impressive ones are at Mulu where the Pinnacles of Gunung Api, the giant collapse doline (or tian keng) of the Garden of Eden and the huge tunnel of the Deer Cave have earned the region its UNESCO World Heritage Area status and distinction as home to some of the finest examples of these landforms in the world.

Closer to Miri, Niah is equally famous for its Subis limestone and Great Cave where traces of human occupation have been found spanning the past 40,000 years.

Caves are initially formed by the action of aggressive groundwater below the water table in flooded rock formations (phreatic conditions). As the limestone formations are gradually uplifted by tectonic forces and unroofed by erosion, solution features continue to develop in the now air-filled underground cave passages (vadose conditions).

Cave development may be complex and occur in stages, depending on tectonic uplift, climatic conditions, the characteristics of the carbonate rocks and other factors.

Cave formation starts with dissolution, which leads to large caves and/or extensive cave networks that spread horizontally and over several levels in a limestone formation. Caves may then be progressively filled by the processes of sedimentation (materials in suspension in groundwater are deposited in the cave passages), of collapse (ceilings spanning large voids become unstable) and of calcium carbonate mineral precipitation (crystals form structures such as stalactites, stalagmites, flow stones, rims, etc.).

Caves are relatively protected from the agents of weathering and erosion that operate above ground so they often act as ‘time capsules’ holding within them – in the cave deposits and materials – a unique geological record.

The metres thick guano deposited by swiftlets and bats in Niah’s Great Cave is thought to contain an environmental record possibly extending 100,000 years back in time. As Niah is a highly mature karst, its hills are all expected to contain a large number of caves and associated karst features.

One of these is the Painted Cave, a 160-metre long tunnel, over 30 metres in diameter, that penetrates a small karst tower from one side to the other. Recent research in the Painted Cave has revealed a number of interesting features which merit further study in order to fully understand the phased development of the cave:

4. Thick cave sediments (Figure 3) suggesting materials transported into the cave by water from an external drainage basin at some stage in the cave’s history.

5. Stalactites deflected by wind blowing through the tunnel-like cave (Figure 2).

6. Associated stalagmites showing elongation in the direction of the cave wind (Figure 3), some related to microbial activity which is sensitive to the intensity of light.

Today, the main passage of the Painted Cave is relict – isolated above the regional water table – and virtually dry, except for drip flow after heavy rain. However, links have been found to lower cave passages as well as to smaller, more recently developed passages in which small streams flow at the water table.

The first phase of Curtin Sarawak’s geological research at Niah involves mapping the caves and their features in order to better understand the sequence of events and processes involved in the formation of this exemplary mature tropical karst area.

For more information on Curtin Sarawak and its Department of Applied Geology, visit the university’s website at www.curtin.edu.my or e-mail enquiries@curtin.edu.my.

Dr. Dominique Dodge-Wan is a senior lecturer in the Department of Applied Geology, School of Engineering and Science, Curtin Sarawak. She teaches sedimentary geology related units and geological mapping. Her professional experience includes groundwater resource studies in a number of different countries and rock types. Her research interests centre around limestones, karsts and groundwater flow. She can be contacted by email to dominique@curtin.edu.my 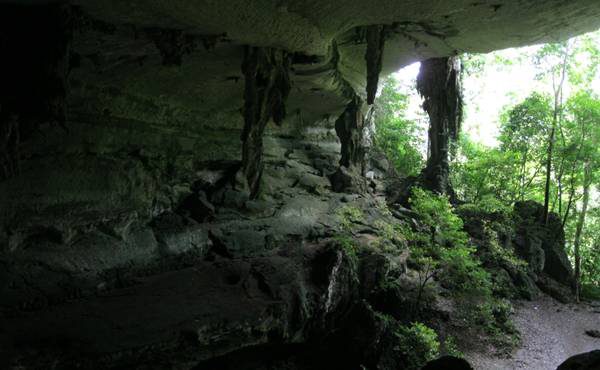 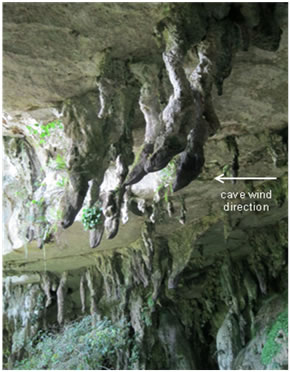 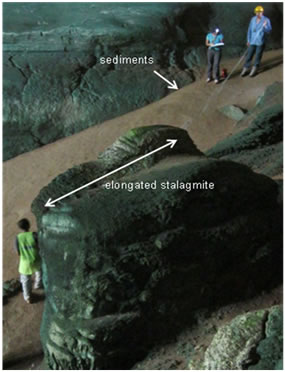