Can biochar be a sustainable solution for wastes in the agricultural sector? 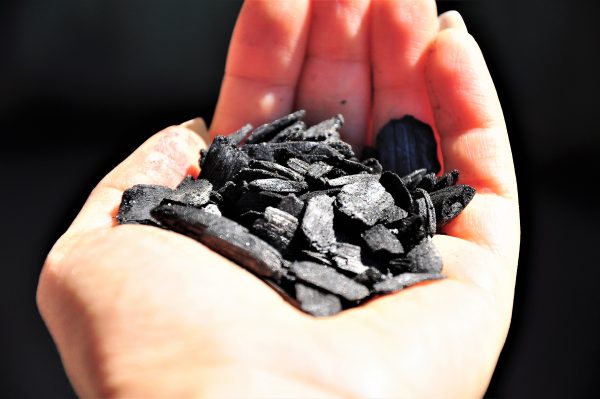 Biomass can be defined as organic matter used as fuel to produce electricity or heat, and Malaysia generates millions of tons of biomass each year. This includes materials such as wood, rice husk, coconut shells, sawdust, straw, bamboo, palm kernel shells and sewage sludge, which have the potential to be used in a variety of industrial activities.

Oil palm is the major crop that generates the most biomass in Malaysia. In 2008, oil palm cultivation in Malaysia covered some 4.49 million hectares and this is expected to increase tremendously in the coming years. This high-gain industry is expected to produce almost 100 million dry tonnes of solid biomass by the year 2020. Currently the biomass produced is used for fertilisers, animal feed and bio-energy production, and they are formed into pellets for ease of transportation.

Other than oil palm, municipal solid waste follows closely as the second-highest contributor of biomass residues in Malaysia, followed by other types of biomass such as wood, rice and sugarcane.

Many types of solid waste materials can be utilised from the palm oil extraction process such as the empty fruit bunch, shell, fibre, palm kernel, fronds and trunks. Sugarcane bagasse is also produced in large amounts and is one of the major agricultural residues processed in Malaysia, especially in Perlis. Generally, one tonne of sugarcane generates 280 kilograms of bagasse, which is the fibrous by-product that remains after sugar extraction.

Another example is rice, which is one of the main crops widely produced in the world whereby almost 100 million tons of rice husks are produced yearly, 90 per cent of which are generated by emerging countries including Malaysia.

These agricultural residues are often used to feed farm animals in small quantities. However, most are being discarded or burnt on land. For that reason, it is beneficial for locals to make use of these resources for more valuable use.

The exploration of the potential utilisation of this renewable energy is also highlighted in the 10th Malaysia Plan where the government is encouraging efforts to explore higher prospects of different biomass usage in various industries.

Biochar, meanwhile, is a type of carbonaceous material obtained from the thermochemical conversion of biomass in an oxygen-limited environment. Compared with conventional carbon materials such as carbon black and activated carbon from coal coke, biochar has several merits.

Firstly, its feedstock is renewable, and its preparation process is simple. Biochar can be obtained as the main product of biomass carbonisation, or as a by-product of biomass gasification and fast pyrolysis. Emerging techniques such as microwave pyrolysis and hydrothermal carbonisation allow production of biochar with more superiorities.

Secondly, the physicochemical properties of biochar can be facilely tailored according to its specific application. A series of biochar modification strategies have been developed to functionalise biochar to be applied in different applications.

An organic compound is naturally enriched with carbon, oxygen and metal salts which encompasses calcium, sodium and magnesium. During the combustion process which occurs at elevated temperatures, the amount of carbon and oxygen initially present in the compound will instantaneously decrease. As a result, the major active component that remains in the ash will include a variety of alkali metal oxides such as magnesium oxide, potassium oxide and calcium oxide.

Consequently, the catalytic activity of the ash produced is significantly increased due to its high content of basic oxides. Because of these advantages, biochar has great potential to be used in the fields of heterogeneous catalysis, farm-based renewable energy, pollution control, etc., in a climate-friendly manner.

In conclusion, we should by all means reuse the waste from the agricultural sector by turning them into biochar and contribute to sustainable agriculture.

Dr. Tan Yie Hua is a lecturer in the Department of Chemical and Energy Engineering, Curtin University Malaysia. She obtained her Bachelor’s degree in chemical engineering at Universiti Kebangsaan Malaysia (UKM). She worked as a customer project engineer at X-FAB Sarawak for two years before pursuing her postgraduate studies in chemical engineering at UNIMAS. Biomass ultilisation is one of the areas of her research work. Her research interests also include biofuel conversion technology. Dr. Tan can be contacted at tanyiehua@curtin.edu.my.