Offshore oil and gas exploration and production activities require energy not just to power their main and supporting activities but also instrumentation and utility supply.

The current means of generating power is typically through the use of gas turbines and diesel generator sets. These generators, however, comprise many rotating parts and require regular maintenance and service.

The low reliability of such generators can directly affect production rates, especially on unmanned or satellite platforms (Figure 1). Unscheduled visits and production disruption could result in huge financial losses.

To complement the use of the conventional energy sources, there is the possibility of utilising the abundance of renewable energy sources available at these locations.

Wind energy is an option and largely a mature technology. However, small-scale wind turbines are relatively expensive on a per kilowatt basis, which can make them costly to install. Moreover, unsteady flow and constant changes in wind direction changes can reduce the effective power of the wind.

To overcome such limitations, wind turbine blades can be modified to produce more flow while operating at the same speeds. Also, the proximity of oilfield platforms is not likely to cause turbulence. The costs of running a wind turbine are close to zero because there is no fuel requirement and they require minimal maintenance.
The climate in Malaysia is favourable for the development of solar energy, which is another viable option. Though it is still one of the most expensive forms of renewable energy due to the high capital costs of photovoltaic systems, one of the key advantages of photovoltaic cells is that they can be integrated into platform structures so that no extra space is required.

They are also modular in nature so that any size of system can be installed depending on the demand and they are relatively maintenance free. This is ideal for oilfield platform application due to the limited space available and flexibility in power demand.

There is also the potential of generating electricity from ocean currents. The kinetic energy of ocean currents can be converted in much the same way as a wind turbine extracts energy from the wind using various types of open-flow rotors.

Typical ocean current flow in Malaysia is in the range of 0.5 to 1.2 m /s. Due to low current speeds, hydroelectric turbines might not be an appropriate technology. Thus, new ecologically-friendly technology needs to be developed to make hydroelectric power extraction systems not only pollution-free but also have the potential to capture energy in slow to moderate current speeds.

Vortex hydro energy converters harness hydrokinetic energy of river and ocean currents, but unlike water turbines, they do not use propellers. Instead, they use the physical phenomenon of vortex-induced vibration (VIV) in which water current flows around cylinders, inducing alternate transverse motion (Figure 2). The energy contained in the movement of the cylinder is then converted into electricity.

As the subject is enormously important to maximising the use of alternative energy available at oilfield platforms and to demonstrate their benefits in environmental terms, Muhammad Azizi bin Zahari, a research officer working under Associate Professor Sharul Sham bin Dol, head of the Department of Petroleum Engineering at Curtin Sarawak’s Faculty of Engineering and Science, is further investigating the potential of VIV for energy generation.

Azizi’s work focuses on the capability of the VIV phenomenon in generating energy specifically for offshore platform application. In order to maximise its potential for energy generation, the effects of vortex shedding frequency lock-in and different cylinder geometries are analytically and experimentally studied using a water tunnel facility specially developed for this research (Figure 3).

Normally, VIV is removed to prevent mechanical failure of vibrating structures but in this project, instead of eliminating the vibrations, VIV is being exploited to transform the vibrations into a valuable source of energy.

It has been found that the application of VIV can be a viable alternative to the current energy extraction mechanisms on oilfield platforms. It can be installed in multiple units of cylinders to generate sufficient power supply and has the potential to be integrated with the other renewable energy technologies (solar, wind and tidal) (Figure 4).

The research work is being carried out at Curtin Sarawak’s Turbulence and Energy Research Laboratory. Further information can be found in the following publications:

Associate Professor Sharul Sham bin Dol is the Head of the Department of Petroleum Engineering, Faculty of Engineering and Science at Curtin Sarawak. He can be contacted at +60 85-443 823 or by email to sharulsham@curtin.edu.my. 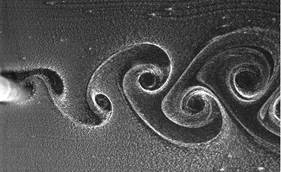 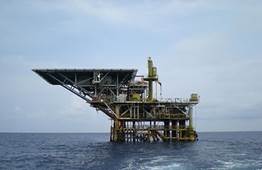 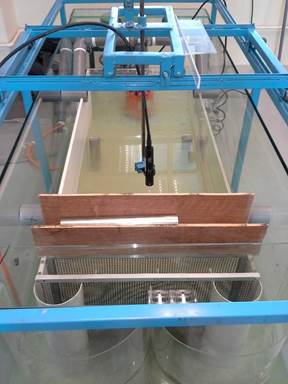 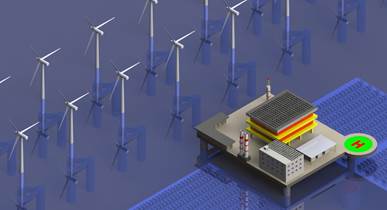